My diet, my baby, and your health

The ideal eating times for the “No-Dinner Diet”

Since I’ve started “The No-Dinner Diet” I’ve been doing great. Recently, I was at a holiday party, not eating of course because it was night time, and everyone was asking me if I felt okay. All I could think of was yes, I feel great right now, I’m going to feel great later, sleep wonderful tonight and wake-up feeling very refreshed. But that’s just what I was thinking. My answer to this person however was, I’m full, so I’m not eating. I think I was the only person in the room not eating.

I warn people in my lectures to do something about the most destructive thing they do with food, eating after dark. It’s also the most addictive. But I love to eat. I love food and I like to enjoy it often. I hear these comments often as I explain the “No-Dinner Diet” (NDD) to people. First, let me say I am not suggesting someone go from eating the common 8 to 10 times a day, to 2 or 3 times a day right away. There is a transition period we can each take to help us slowly make the transition in the right direction. But our goal should ultimately be only two or three meals a day and not eating at nighttime. There is no reason why anyone can’t live in perfect health on the NDD. If you love to eat food, understand, the less you eat, studies show the longer you will live. The longer you live, the more you will be able to eat. Now that’s looking at the bigger picture. As you space your meals out more wisely over the years, your organs will be less stressed and more efficient.

I can hear all the excuses. First, you won’t starve if you don’t eat a nighttime as long as you consume nutritious meals during the day time. I know many people who tell me once they take a break from their habitual eating patterns, they are hungry. It is more habit hunger than a true hunger. In fact, I don’t know if there are many people in the United States who have felt true hunger.

I remember in New York, offering fresh figs to a homeless man. He tasted them, spit them out, then threw them away and said, “I don’t like it.” If we are truly hungry, we wouldn’t say the words like “I don’t like it” when it comes to food. We see people on television from 3rd-world countries and they would never turn down food or leave food uneaten. I used to work in a restaurant and I can’t remember one time where people ate their full meal. As I witnessed the waiters throwing the remaining food away, I would tell them to put the leftovers in a bucket and after work I would go and give it to the homeless. Again, they would pick and chose what they liked or didn’t like. There are many programs and welfare lines that feed people often. If they spent more focus on the quality of the food and less money on the quantity of the food, everyone would be better off.

Of all the harmful foods we consume and the alarming amount of times we consume them, nothing will harm your health more quickly than eating in the later part of the day, the evening and the night. The earlier your last meal in the day the better! So yes, if a person didn’t want to cut out the junk food, as long as they didn’t eat it during the later part of the day, they’ll be better off.

Studies have been done to show even if a person doesn’t change anything in their diet, but fasted at night after 5pm, giving up dinner, that nighttime fasting causes 15 percent loss of body weight in obese woman on average. So even if a person consumed the same exact amount of food throughout the day but avoided late-night eating, their health will improve.

The scary news is that we have become so addicted to consuming foods during the evening that this is the most harmful addiction for people to give up. After much time and study, I found the best way to achieve optimum health is to incorporate the NDD . That is a fact, not an opinion. Our body works more efficiently during the day to digest food and starts winding down towards the end of the day. Everything begins to slow down as the body gets ready for rest and sleep.

Years ago, when I was writing another book, someone told me that people don’t want to read facts or be told what not to do, they want practical answers that they can use in everyday life. I realized telling people to stop eating dinner is not accomplishing this goal. In fact, when I was writing this book, I would ask people to try it for my research and just about everyone said “no way.” They couldn’t. However, there were a few people already doing it for years who have had tremendous success. I’ve always said, if one person has done it, that proves it’s possible. Even if it has never been done, someone can still be a trailblazer. There are many people who have gone without eating dinner or eating late at night. We have already seen the history behind late-night eating, but we can look more at present times and see people doing it. Of the recent health writers, many of the best admit we need to eat less, but usually don’t talk about the time we eat.

Dr. Gabriel Cousins addresses the topic in his best selling book “Conscious Eating,” page 178 “Paying attention to the natural digestive cycle is also quite important. When the digestive system is not overworked and the body is functioning well, it is easier to maintain a clear mind, which in itself enhances our desire and ability to meditate with increased clarity. According to the Ayurvedic system of medicine, the time of optimal digestive power is 10 am to 2 pm. In the Chinese system it is 7 am to 9 am. Eating between 1 p.m. and 3 p.m. is also a good time. Nighttime, when most people In the US customarily eat their largest meal, is a slow time for the digest system. If a big meal is eaten after 7 p.m., or less than three hours before going to sleep, undigested food often accumulates, which serves as a breeding ground for food rotting bacteria. The food then putrefies and consequently add toxins to the system, both from the rotting food and toxins given off by the putrefactive bacteria. In the morning, instead of awakening refreshed with a clear mind, one may feel bloated, tired, and sometimes just wretched. Because the toxic feeling, one feels much like a clogged sewage pipe and is unable to meditate, pray, or exercise, thereby missing out on activities that are essential to maintain balanced health and spiritual growth.”

My good friend and raw food health author Tonya Zavasta in her book “Quantum Eating” also talks about her experience of not eating after 2 p.m. for years and how it has kept her looking beautiful, healthy, vibrant and young. She calls Quantum Eating the ultimate way to eat for health, based on her research. She says it is an advanced level in the raw food lifestyle in which you eat 100 percent raw food, twice a day and only in the first part of the day. I was amazed when I read that because that is how I was eating before I even read her book. What amazed me even more was that all my research was different than her research, so her book gave me even more research to back-up what I also found to be the highest and most practical way for us to eat.

It may not seem very practical for the average person who thinks it is almost impossible for them not to be able to eat at nighttime. They would rather fast all day and be able to stuff their face at night, than take away their nighttime obsession. In fact, in the Muslim faith, this is exactly what they do during their so-called fast on Ramadan. I remember watching a pro-basketball game and the announcer said one of the players was fasting for Ramadan. I was interested how someone cannot eat and be able to perform at this level. I looked into it and found out they eat all night, but still call it a fast.

But it is practical when you realize I am not telling you not to eat something. In fact, if you don’t eat at nighttime, you will be able to eat the average Standard American Diet (S.A.D.) and not create as much harm as you would if you were eating at night time. Taking that into effect, I think it would be much easier for a person to continue eating the same foods they are eating and not eat at nighttime, than to do it the way they try to do it now, which is completely stressed to eat a diet they don’t like all day and stuff their face at night time. However, the best way is to eat wise, healthy foods and there will be no desire to eat a nighttime.

Do you want to lose weight? Have more energy? More mental focus? Not eating late at night is certainly the best way to lose weight and keep it off. But as Tonya puts it in her book “Quantum Eating,” “The very fact of eating less frees the mind form the unnecessary obsession of deciding what and when to eat next.”

The average person spends a great deal of time thinking about, shopping for, preparing and eating food. Worse, they do it three to five times a day! After working, watching TV, and sleeping, your life is pretty occupied without having had an idea, let alone an original one.

Buddhist monks have been known to have great health, living very long lives. They understand the benefits of not eating later in the day and have practiced not eating anything after 2 p.m. for centuries. In the Bible, the daily offering times of the Jewish people and eating times were around 8 a.m. and 2 p.m. At least if you feel you can’t cut out your late night meal, make it the lightest meal and not the heaviest, and by all means do not eat after dinner.

The best thing to do is to fast from 3 p.m. to the next morning! Or get back to the way it was, eat dinner at lunchtime and great rid of lunch and supper, keeping breakfast and dinner. But then we would have to change the name of this book!

We already fast. We fast every night when we go to sleep until we wake-up. My suggestions is that we stop eating earlier than we have been.

Fasting is the greatest method for our body to heal. When you take a sick person’s food away and give them rest, they heal! How much more sense is it to fast every night. This way you can consistently let the body do it’s healing/protecting design it was made for with out getting in the way. 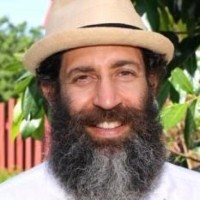 Permanent link to this article: http://www.healthwatchman.com/the-no-dinner-diet-2/

Get the free e-book - Health According to The Scriptures
Name: Email: